Aligning State Systems for a Talent-Driven Economy: A Road Map for States

Recognizing the critical need for states to meet the new minimum of postsecondary education and to highlight solutions that address this issue, the National Governors Association Center for Best Practices (NGA Center) worked with states to develop new strategies that enable governors to align their education, workforce development and economic development systems to meet the needs of their state economies.

Today’s fastest-growing industries demand not only new skills but a higher level of skills overall. In fact, individuals who have obtained these higher-level skills have enjoyed more success in the economy. For example, individuals with at least some postsecondary education have captured 11.5 million of the 11.6 million jobs created since 2007, whereas individuals with a high school diploma or less education have faced a net loss of more than 5.5 million jobs since 2007. Today, there is consensus among experts and practitioners that postsecondary education or training is the new minimum for succeeding in today’s economy.

Unfortunately, projections indicate that the United States will struggle to meet the needs of the future economy. With 65 percent of all jobs projected to require a postsecondary education within the next decade, an inability to meet that need could translate to unfilled jobs and lost economic opportunity for millions of workers. A recent analysis of postsecondary educational attainment found that only 45.8 percent of working-age adults in the United states have obtained a certificate, associate degree, bachelor’s degree or advanced degree. Closing this gap will require millions of Americans—primarily adults older than 24 years of age—to acquire further postsecondary education. Furthermore, although the United States has increased educational attainment during the past 50 years, other developed countries have increased attainment more rapidly, leaving the United States at risk of falling even farther behind. For example, the Program for the International Assessment of Adult Competencies, an international survey of workforce skills in the adult population, found that the United States trailed 17 developed nations in workplace skills. Further, 57 percent of Americans ages 16 to 34 scored at or below the lowest of the three levels of proficiency on that assessment.

These facts indicate a clear call to action for governors, state policymakers and industry leaders. To meet this challenge, many governors and states are taking action to ensure that their citizens are ready to attain the postsecondary education or training necessary to succeed in the future economy.

What is the new minimum? A postsecondary education is the new minimum for achieving success in today’s economy and preparing for the jobs of the future. “Postsecondary education” refers to any structured educational experiences beyond high school and includes traditional four- year and two-year degrees offered at universities and community colleges, respectively, as well as credentials and certificates offered through colleges, universities, apprenticeships and other training systems that have labor market value.

Founded in 1908, the National Governors Association (NGA) is the voice of the nation’s governors and one of the most respected public policy organizations in the country. The association’s members are the governors of the 55 states, territories and commonwealths. Members come to the association from across the political spectrum, but NGA itself is boldly nonpartisan. 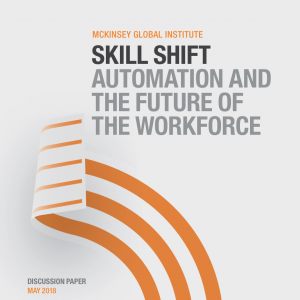 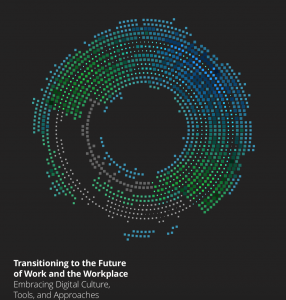