The Future of Work in America: People and Places, Today and Tomorrow

Automation technologies promise to deliver major productivity benefits that are too substantial to ignore. They are also beginning to reshape the American workplace, and this evolution will become more pronounced in the next decade. Some occupations will shrink, others will grow, and the tasks and time allocation associated with every job will be subject to change. The challenge will be equipping people with the skills that will serve them well, helping them move into new roles, and addressing local mismatches.

This report represents the next stage in our ongoing body of research into the capabilities, potential, and economic impact of these technologies. This work began with A future that works: Automation, employment and productivity, in which we analyzed the automation potential of every occupation by looking at the extent to which its constituent activities can be handled by currently demonstrated technologies.

The US labor market looks markedly different today than it did two decades ago. It has been reshaped by dramatic events like the Great Recession but also by a quieter ongoing evolution in the mix and location of jobs. In the decade ahead, the next wave of technology may accelerate the pace of change. Millions of jobs could be phased out even as new ones are created. More broadly, the day-to-day nature of work could change for nearly everyone as intelligent machines become fixtures in the American workplace.

Our analysis of more than 3,000 US counties and 315 cities finds they are on sharply different paths. Twenty-five megacities and high-growth hubs, plus their peripheries, have generated the majority of job growth since the Great Recession. By contrast, 54 trailing cities and roughly 2,000 rural counties that are home to one-quarter of the US population have older and shrinking workforces, higher unemployment, and lower educational attainment. Automation technologies may widen these disparities at a time when workforce mobility is at historic lows.

Our 13 archetypes can be grouped into five segments with common patterns:

— Urban core. Twenty-five megacities and high-growth hubs account for roughly 30 percent of the US population and are the nation’s most dynamic places. The high- growth industries of high tech, media, healthcare, real estate, and finance make up a large share of these local economies. These cities have higher incomes, faster employment growth since the Great Recession, high net migration, and younger and more educated workforces than the rest of the country – but also high levels of income inequality. Many are experiencing congestion and affordable housing shortages.

— Urban periphery. These 271 counties are the extended suburbs of US cities. Home to 16 percent of the US population, they also have seen strong net migration, attracting people moving out of cities in search of more space. In most of these counties, a large share of the population works in nearby urban areas. Healthcare, retail, logistics, and local services are large parts of these local economies.

—  Niche cities. These 56 much smaller towns and cities, home to 6 percent of the US population, have found success by building on unique features. In college-centric towns, a major research university dominates the local economy. Silver cities, many of which are in Florida, are fast-growing retirement destinations. Small powerhouses, such as Bend, OR, and Provo, UT, have built economic clusters around technology and other industries; they have the fastest economic growth rates and second-highest rate of net migration across our archetypes. All niche cities are attracting both workers and companies with a low cost of living and a high quality of life.

—  Mixed middle. Almost one-quarter of the nation’s population is found in these 180 stable cities (such as Cincinnati and St. Louis), smaller independent economies (such as Lancaster, PA, and Winston-Salem, NC), and the manufacturing hubs that we call “America’s makers” (such as Rockford, IL, and Oshkosh, WI). Neither thriving nor in distress, these places have slower economic and job growth, higher unemployment, and workforces with slightly lower educational attainment than those in urban core cities. Some of America’s makers are on an upward trajectory, while others are in decline.

—  Low-growth and rural areas. This group, which includes 54 trailing cities and more than 2,000 rural counties, is home to one-quarter of the US population. Many trailing cities, such as Flint, MI, and Bridgeport, CT, are former industrial towns with struggling economies. Rural counties encompass somewhat better-performing places (Americana) and struggling areas (distressed Americana). In these segments, populations are older, unemployment is higher, and educational attainment is lower than the national average. Things are somewhat brighter in the 192 rural outlier counties that have found some success with tourism or mining and energy.

McKinsey & Company is a global management consulting firm that serves leading businesses, governments, non governmental organizations, and not-for-profits. We help our clients make lasting improvements to their performance and realize their most important goals. 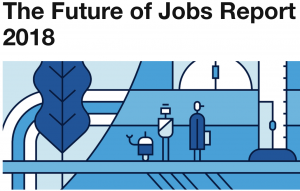