In “STEM Without Fruit: How Noncognitive Skills Improve Workforce Outcomes,” Brent Orrell, a research fellow at the American Enterprise Institute who focuses on workforce development issues, analyzes how decades of investment aimed at increasing STEM credentials among US workers have been obscuring deeper problems in the US labor market.

Over 20 years ago, the term “skills gap” entered the national lexicon as employers and educators began to grapple with the perceived disconnect between employers’ changing demands and American workers’ knowledge, skills, and abilities. The problem is seen as so significant that some argue that in bad economies (the Great Recession) and good ones (such as today’s full-employment economy) millions of jobs go unfilled due to a shortage of qualified workers.

In searching for ways to bridge this gap, many experts, educators, and employers have focused on increasing certifications and college-educated graduates in STEM occupations. Multiple reports from organizations such as the National Governors Association, the National Academy of Sciences, the American Association for the Advancement of Science, and the National Science Board have called for expanding and improving STEM education as essential to the nation’s economic future.

The Obama and Trump administrations rolled out STEM education-based programs designed to educate people for future jobs. President Barack Obama argued for “an all hands-on-deck approach to STEM” and proposed preparing 100,000 new STEM teachers over the next decade and increasing federal investment in STEM education. Earlier this year, the Trump administration called STEM education “of paramount importance to America’s future workforce,” and the basis to cultivating a competitive economy. One industry-sponsored survey found that two out of five Americans believe a STEM worker shortage is “at crisis levels.”

Current and projected labor market demands suggest that this rhetoric may be overdone and point toward a need to revise this STEM-focused approach to workforce development. STEM jobs make up a small fraction of the overall workforce: In 2015, just 6.2 percent of all workers were employed in STEM jobs. While these jobs are expected to grow faster than non-STEM jobs, this growth is from a small base, and Bureau of Labor Statistics (BLS) projections point toward slowdowns in growth.

The American Enterprise Institute is a public policy think tank dedicated to defending human dignity, expanding human potential, and building a freer and safer world. The work of our scholars and staff advances ideas rooted in our belief in democracy, free enterprise, American strength and global leadership, solidarity with those at the periphery of our society, and a pluralistic, entrepreneurial culture. 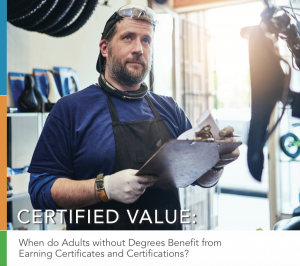 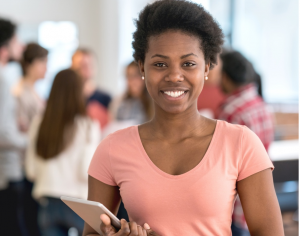